Skip to content
Lenny Goldberg is working to reform Prop. 13

Lenny Goldberg is executive director of the California Tax Reform Association (of which CTA is a member) and also heads a public interest consulting and lobbying firm in Sacramento. He has been involved with major tax legislation and tax initiative campaigns in California for the past 25 years. He is on the board of Citizens for Tax Justice in Washington, D.C., and is on the advisory committee of the Franchise Tax Board. Goldberg has written extensively on reforming Proposition 13 and discusses the measure here.

When Proposition 13 passed, did people expect the impacts?

Nobody understood how deep the impacts were going to be. Businesspeople didn’t support it; they said that if this passes you will come after us. Now look at where we are at 40 years later. The two-thirds vote requirement for taxes was insidious. What it has meant since is that you can’t close loopholes in the tax code because that’s considered a tax increase.

Prop. 13 set up an anti-tax bias in the whole system. It locked down the ability to do much for the public sector because of very little money for local governments. The tax revolt in California led to [the presidential election of] Ronald Reagan and 40 years of “Government is the problem.”

Everyone understood that property tax reform was necessary. With inflation and housing prices but not [a rise] in incomes, people felt like they were stuck. The state had a huge surplus, but then-Gov. Jerry Brown didn’t want to spend on property tax relief for homeowners. The Legislature worked on tax reform for an entire year — it should have passed, but it didn’t. Howard Jarvis then came out with another proposal that eventually became Prop. 13. It led to people passing what they thought was homeowner tax relief, but was actually commercial tax relief.

How will the Schools and Communities First (SCF) initiative help reform Prop. 13?

Corporations will pay their fair share. It will provide huge relief to the local tax base — and to schools and students.

Money should be coming into the public sector from big economic development and property taxes. It used to be that you bring in new development and you could pay for not just your schools but your parks and libraries. You could see improvements for the community. In this case, big development has been costly, but it hasn’t benefited people. Small businesses are taking the impact because corporations aren’t paying their fair share.

Local governments, cities and counties and special districts, have been struggling since Prop. 13. The tax base has been completely eroded. Restoring it will make a huge difference — I think the numbers are about $18,000 per classroom or $800 per student, depending on how many students are in a classroom.

What should people know about opposition to SCF?

The opposition’s message is a pure lie. The SCF initiative protects all residential property, whether rental or residential. What it means for all homeowners are better local services and better schools. It also means relief from constant measures on the ballot and fees and taxes homeowners are required to pay.

A lot of education money is going to flow to rural areas (with the help of the Local Control Funding Formula). Agriculture will not be affected; it will be exempt, but in a better business environment.

Read about the Schools and Communities First initiative by clicking here. For more information, go to cta.org/taxfairness.

California voters passed Proposition 13 in 1978. The measure cut commercial and residential property taxes and ensured that property tax increases were limited to no more than 2 percent per year.

Before Prop. 13, school districts had relied on property taxes for funding. After Prop. 13, property tax revenue and therefore school funding were slashed. The state’s General Fund has tried to fill the gap, but schools — and our students and educators — have never recovered.

This Prop. 13 should not be confused with Proposition 13, the School and College Facilities Bond, on the March 2020 primary ballot. 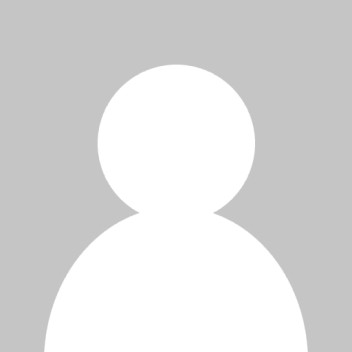 View all posts by Gabriella Landeros