Skip to content
As my term as CTA president ends, I am humbled when I look back on all we have accomplished together.

What a school year it’s been! The #RedForEd movement is alive and well in California.

Nowhere was that more evident than on our May 22 #RedForEd Day of Action. The day was about standing up to privatizers and pushing for passage of our sponsored package of charter bills that would help end the waste, fraud and abuse that takes badly needed resources from California students, and stop the unregulated growth of charter schools that drains resources from our neighborhood public schools.

Local chapters are taking action for students as well. New Haven Teachers Association became the sixth CTA chapter to strike this year, following in the footsteps of Banning, UTLA, Oakland, Sacramento City, and teachers at The Accelerated (charter) Schools.

In all these struggles, the many victories we’ve had aren’t ends in themselves, but set us up for a better future for our members and for the students we serve.

As my term as CTA president ends, I am humbled when I look back on all we have accomplished together. Shortly before I became president, CTA adopted its Long-Term Strategic Plan. That road map for the future has been my guide, and it has really served us well.

One of the plan’s areas of focus is advocacy on education reform. Soon after I took office, CTA helped lead the successful legal effort to overturn the Vergara v. California ruling, which would have stripped our members of due process rights, eliminated seniority and experience as determining factors in layoffs, lengthened our two-year probationary period, and made test scores the primary determinant in teacher evaluations.

We worked to change California’s school accountability system and adopt the California School Dashboard. Now students and schools are no longer reduced to just a single test score. We launched the Kids Not Profits campaign, calling for greater accountability and transparency for charter schools. We elected pro-­education candidates like Gavin Newsom and Tony Thurmond. We sued and won against Betsy DeVos.

We’ve even been able to turn a legal loss into a victory. June marks the one-year anniversary of the Janus v. AFSCME decision. In many ways we are stronger than ever.

Our social justice work continues. We passed Proposition 58 and ended California’s discriminatory laws against bilingual education. We stood up against the Trump administration’s cruel and intolerant immigration policies. The American Dream and Promise Act recently passed a key House vote, the furthest any Dream Act has gotten since 2013.

One of the Strategic Plan focus areas is transforming our profession. To that end, CTA’s Instructional Leadership Corps is fostering teacher-led professional development that has so far impacted more than 100,000 educators.

We still have a long way to go. Even with more funding than public schools have ever had, California still ranks near the bottom in the nation in per-pupil spending.

We’ll get closer to adequately funding our schools when we pass the CTA-backed Schools and Communities First initiative on the 2020 ballot, and finally make a badly needed change to a part of Proposition 13 that has starved our schools of billions of dollars every single year.

It has been an honor and a thrill for me to be with all of you as part of our victories, to fight with you when public education is under attack, and to help CTA be there for members and students in the most difficult of times — whether it’s a devastating natural disaster or an unthinkable school shooting.

I’m deeply grateful to each of you for all you’ve done to help make a stronger CTA and a better world for the students we serve. Thank you. 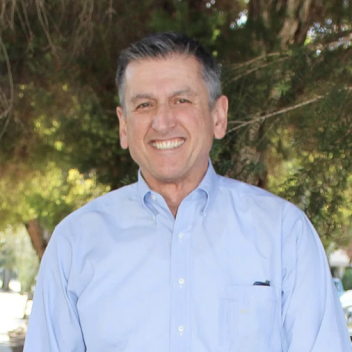